We are happy to announce that the new Tolkien essay collection Forgotten Leaves: Essays from a Smial from Myth Ink Books will be released at The New York Tolkien Conference on Saturday, June 13th. Forgotten Leaves is the first book dedicated to J.R.R Tolkien from Anthony S Burdge and Jessica Burke, and the Conference Launch panel will feature contributors and editors of Forgotten Leaves. For those attending the Conference we will have advanced copies available for purchase before it is released world-wide via Amazon and other distributors.

It’s very hard to discuss the evolution of this volume without discussing the smial of the Tolkien Society UK, Heren Istarion the New York Tolkien Society, without being a little nostalgic.

Burdge and Burke’s first intentions for the volume were to simply collect and reprint some of the essays they most enjoyed from the days of Parma Nölé, the Journal of the Northeast Tolkien Society. The idea germinated and they soon realized they didn’t want to entirely revisit the old but perhaps take a leaf from another project, born from a Tolkien inspired conversation post-Mythcon with Dr. Kristine Larsen: the Kitsune Books/Myth Ink Books series The Mythological Dimensions. The idea was to showcase fans as the first scholars. Burke wanted to present a scholarly discussion that was open to scholars and non-scholars alike. This volume, Forgotten Leaves: Essays from a Smial continues from that point of view. Forgotten Leaves has discussions that are academic, fannish, and pleasant blends of the two.
The NY Tolkien Society loved the idea of meeting with people, coming together to discuss Tolkien’s work and the subsequent films. The creativity that came out of these meetings we saw as a continuation of Tolkien’s own idea: to have Middle-earth “linked to a majestic whole, and yet [leaving] scope for other minds and hands, wielding paint and music and drama” (Tolkien, Letters, 145). 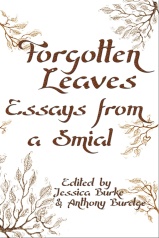 He Who Would Be First Must Be Last:
Tolkien’s Heroism in Lord of the Rings
—by Melissa Snyder

Goldberry: Servant or Master of Bombadil?
—by Andrea Mathwich

The Captain & the Shieldmaiden, Change &
Balance, Éowyn & Faramir in Peter
Jackson’s The Lord of the Rings
—by Clare McBride

The Trees of Middle-earth: the Myth of
Their Inherent Evil
—by Laurel Michalek

Review of Tolkien and the Modernists
—by Maria Alberto

Tolkien and Gaming: A Fan’s Perspective
—by Chris Tuthill

Lessons from the Long Road —by Laura
Kemmerer

A World Without Myth
—by Jessica Burke

Masters of Fate: The Heroism and Doom of
Men in The Silmarillion
—by Richard Rohlin

Tolkien as a Catholic Mystic
—by Anthony S. Burdge

Authorship and the Vita Contemplativa:
Tolkien’s Self-Depiction in The Lord of the
Rings
—by Nicholas Birns

The Great Geat: A Discussion of Tolkien
and Heaney’s Beowulf Translations
—by Elizabeth Reinhardt

Lords of the Unsullied Light, Defenders of
Liberty: the Ñoldorin Revolution and the
French, Through the Lens of Enlightenment
Thought
—by Tatiana Denisova

An Irish Friendship in English Lit and
More: Nevill Coghill, C.S. Lewis, “The
Cave” and What Came After —by Jared Lobdell 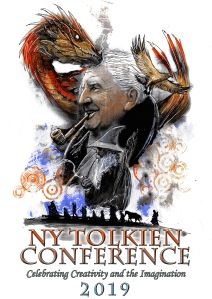 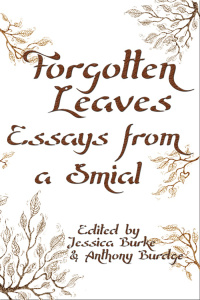